Open at your own risk

Cybercriminals (Cyber Threat Actors) can come from various sources, so we must always stay vigilant regarding email. Keep an eye out for suspicious attachments such as PDFs, DOCs, EXECL files and HTMs; these may contain malicious payloads, which could cause serious harm!  Additionally, be mindful of emails that appear to come from a legitimate source but may contain malicious links or content. It’s also important to remember that phishing attacks are becoming increasingly sophisticated and personalised; never open an email without considering who it is coming from. 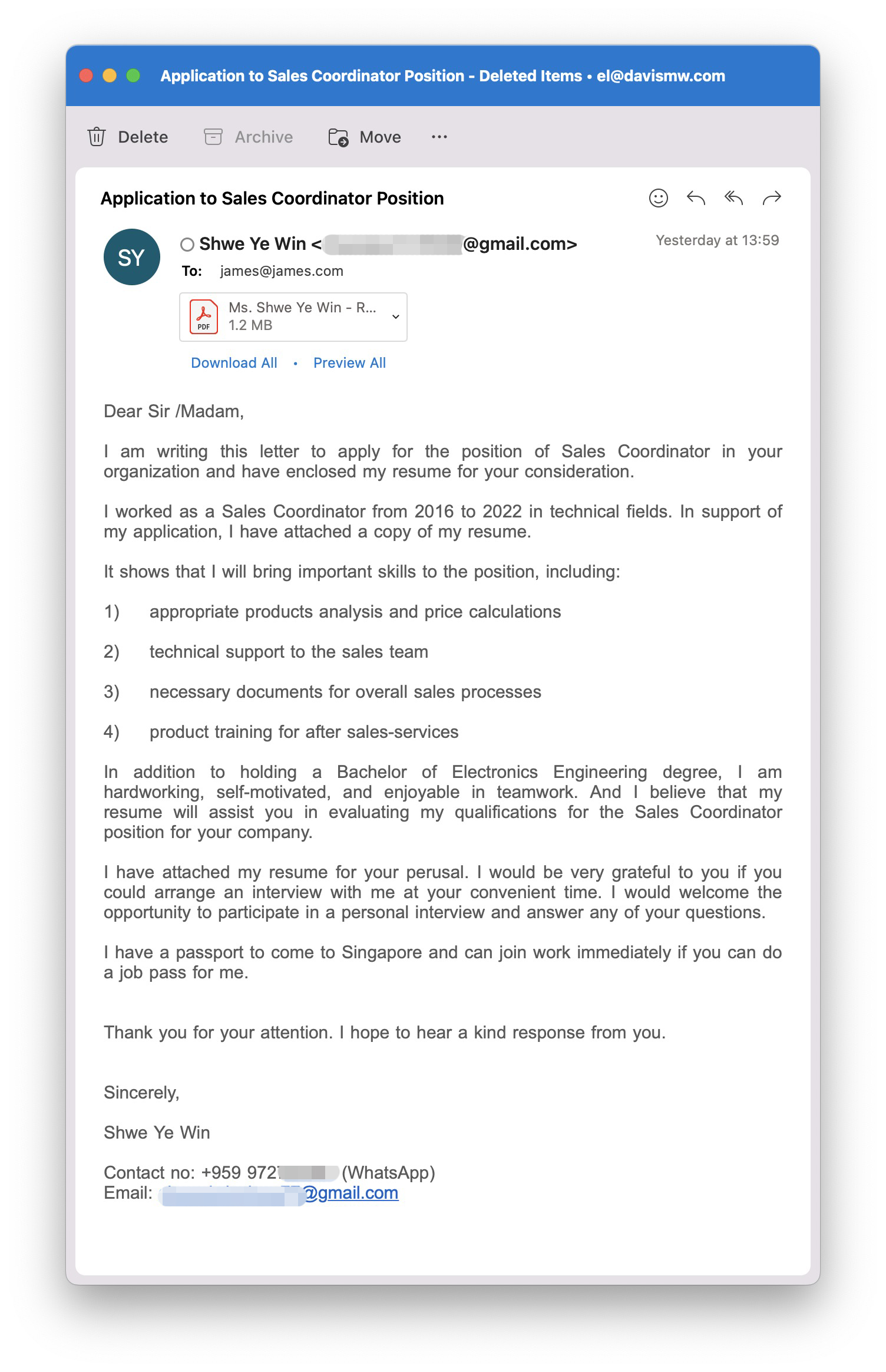 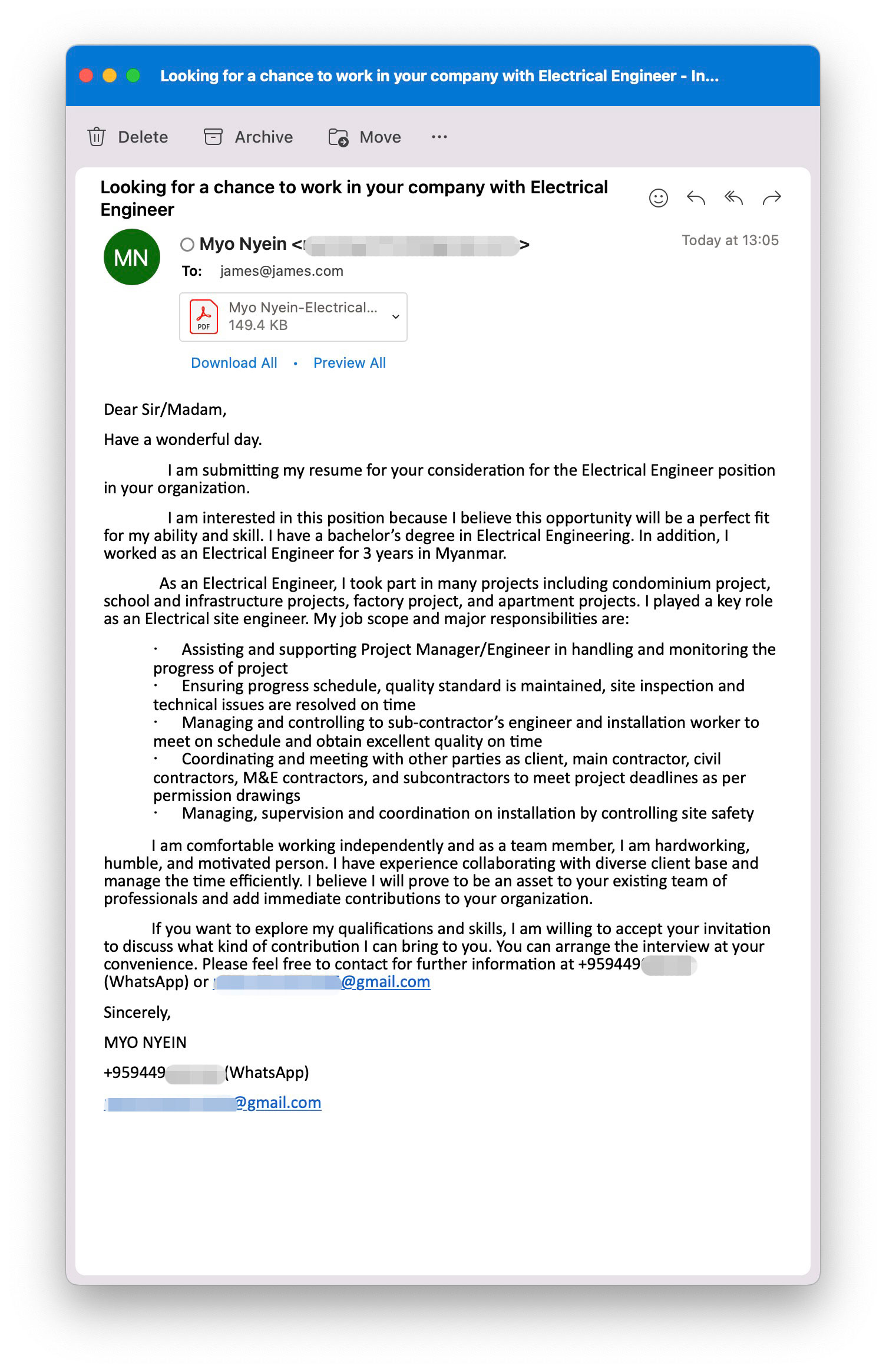 Recently, our company received an email and resume from Gmail addressed to [email protected], of which we are not the domain owners. We were not listed on the "to" list, yet we still received this email as it was probably sent to us in the blind carbon copy (BCC) format. And we were not hiring for those positions. If you're part of the Human Resources Department, avoid opening up that PDF file if you're curious about its contents. Doing so will only lead to disaster!

We are amazed that cybercriminals have gone to such lengths as including seemingly authentic names and phone numbers in their schemes, making them appear all the more credible!

You might think this person is emailing a random list of people or sending it to the wrong address. If you think that risk is worth taking, then go ahead - we won't judge! Best of luck either way.

If you've been following us, please show generosity and goodwill by donating to a charity. This article has helped prevent disaster - let's pay it forward!

This is my journey on how to set up and use it.

Is [email protected] down or is it just me?

We're hiring, if you are looking for some challenging work stick around with us - SI Insights : SI Hiring